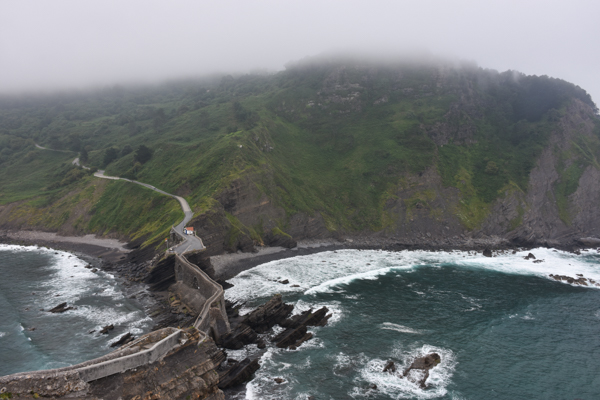 When we stayed at the Basque coast in Spain we litteraly hadn’t done any research beforehand. Luckily we had WIFI at the campsite so I did some research on what we should do while we were there.

When I saw pictures from San Juan de Gaztelugatxe I knew this was one of the places I wanted to visit while we had the chance.

It is a church, that dates of the 10th century, that is build on an island and you can only reach it by climbing the men made stairs that lead to the top of the island. There are 231 steps total on these stairs!

So on a cloudy day we drove down there and when we got to the parking lot you could seriously not see a thing. The entire place was covered in fog! People were already not bothering to take the hike down.

So we discussed what we were going to do, either risk hiking down and still not being able to see a thing or just hike down and hope for the best.

We decided to go with the second choice and I can tell you it was the best descission we could make. When we got down to the foot of the stairs there were seriously only a handful of people there and the fog stayed on top of the shore. 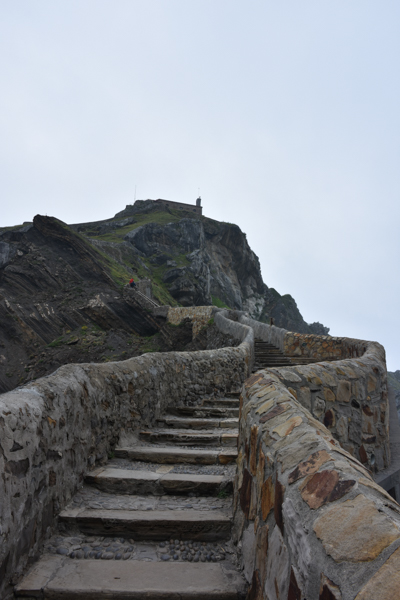 We hiked to the top of the island and hung out at the top for a while. When we were there the little church at the top was closed, but since we were the only people up there I decided to ring the church bells. I hope that doesn’t mean bad luck!

Besides the little church there isn’t anything else on top of this island. But this place seems to be taken right out of a fairytale, which makes it an amazing place to visit in my book. I can see why they chose this place to film Dragonstone in the Game of Thrones. They did add in the castle though on top of the island, so don’t expect a huge castle when you visit. 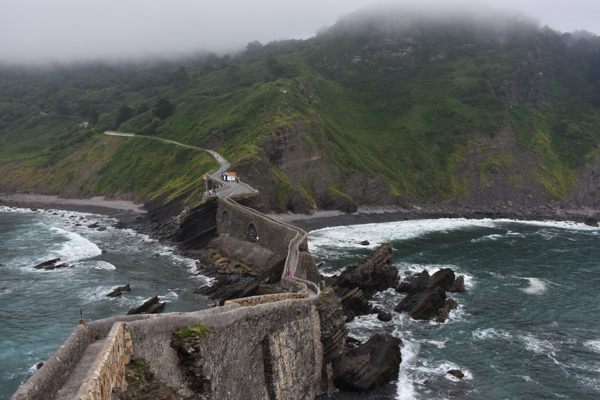 When you head back you will find a restaurant at the top of the trail. Where you can grab a bite to eat or something to drink after your hike.

If you travel with little ones you can also take a trail to a vantage point, where you can just take in the sight, without having to hike up and down the cliff. 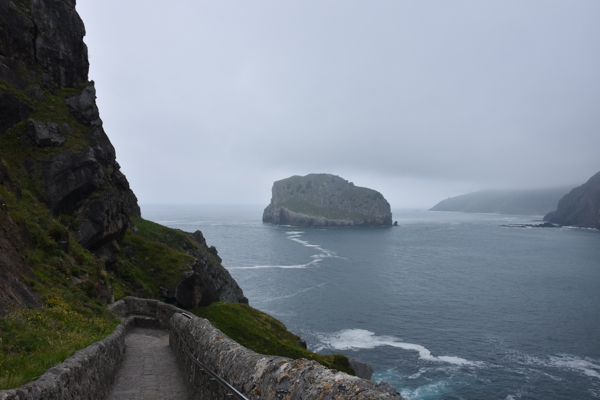 Have you ever watched the Game of Thrones? We have watched all seasons up to season 6, we are waiting for season 7 to get out on DVD. Besides the DVD I have read all the books and I am still waiting on the next one in the series.

While we were in Basque Country we had the opportunity to visit two sights that will make their appearance in the Game of Thrones season 7.

Today I will share one of these sights with you.

The beach of Itzurun in Zumaia, Spain. The campsite we stayed at was on a 10 minute drive from Zumaia. We actually had no clue this beach featured in the Game of Thrones until the last week of our stay.

We were grocery shopping in Zumaia and Andy stayed outside at the grocery store, because we already had bought some veggies at a small store in town.

While he was waiting on me a local started to talk to him. When I came out of the store the local was showing him a Youtube video of Zumaia and the Geoparc and telling us he had seen Kaleeshi at the beach in Zumaia. At first I thought he was playing us, so we looked it up and found out that they did shoot some scenes right there.

Besides the Game of Thrones Zumaia lays within the Geoparc, which is famous for it Flysch. The flysch are only visible when the tide is low. On our first day here we hiked from the campsite to Zumaia and we where lucky to witness the Flysch in their full glory, but more on that hike in another blog post. I can tell you it was one of the most beautiful hikes we have done until now.

Zumaia is one of the places I fell in love with in 2017, I seriously could pack up my bags and just move here. There are lots of hiking trails, an amazing beach and the mountains in your backyard. What else does one need?

I will just let the pictures speak for themselves. 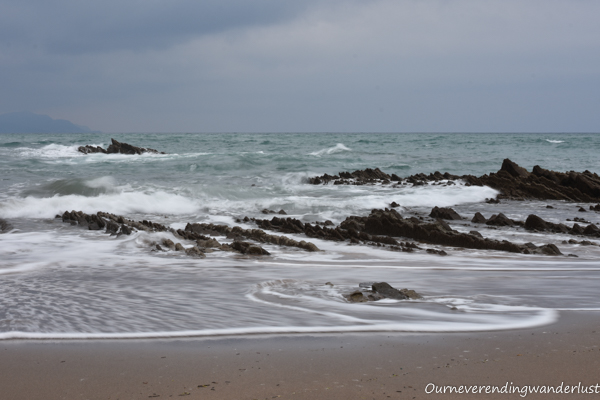 Have you ever visited a film location?